Reasons My Kid is Crying...and How that Applies to Life

A few days ago, this happened: 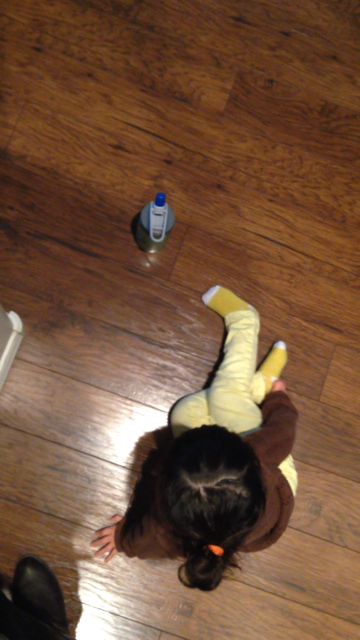 That's a picture of my daughter sobbing on the ground for her milk. Which is also on the ground. Less than a foot from her.

I'm a very rational person and, resultantly, have a tendency to value reason over emotion. So I found this entire display beyond amusing, to the point that I pulled out my phone and recorded it, with me chuckling in the background. During the video, I asked her again what she wanted and tried to help her see how she could get what she wanted. But as I was doing that, the strangest feeling came over me that she didn't need a lesson, she needed love. At that moment, she looked up at me and held out her arms for me to pick her up, and that's exactly what I did.

Soon after this incident occurred, the words of Jeffrey R. Holland came to mind, where he implored us to:

...cease withholding our means because we see the poor as having brought their misery upon themselves. Perhaps some have created their own difficulties, but don’t the rest of us do exactly the same thing? Isn’t that why this compassionate ruler asks, “Are we not all beggars?”11 Don’t we all cry out for help and hope and answers to prayers? Don’t we all beg for forgiveness for mistakes we have made and troubles we have caused? Don’t we all implore that grace will compensate for our weaknesses, that mercy will triumph over justice at least in our case?

I hope the next time I see that need, I'll recognize it a little more readily.