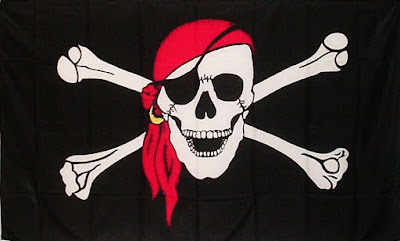 In my quest for writing mastery (ha) I have been reading a book called Writing Fiction: A Guide to Narrative Craft by Janet Burroway. What I found enlightening about this book was that she illustrated each point of narrative craft (like point-of-view, metaphor, theme, etc.) with short stories.

I have never been too familiar with the short story form- well, not since high school, anyway- and so this was good for me. I like how it gave me a good microcosm of what a book should be, and while it seems counterintuitive, seeing what went into those short stories made writing a novel seem easy. Why, you ask? Because, as I learned as I read these watertight little story ships, like any load in a seafaring vessel, every word must be efficient and pull its own weight, or it gets tossed overboard.

After I'd spent an afternoon reading short stories, I'd go back to my novel and suddenly see all of these words lazily taking up space while doing no work and adding no value to my story. I turned to my husband (the non-reader) and said, "My book sure does have a lot of superfluous language."

Here are a few examples for you:

1. My book starts with the character in a dream (I KNOW it's cliche, but there is an exception to every rule and I swear this one works! At least until I think of something better...) in which she is with her beloved horse, Mosby. When she wakes up, she realizes she's living a nightmare: Mosby is gone, and not only gone, but being put up for auction where she's pretty sure he's going to get bought by a meat market man and slaughtered. Horrifying, right? Anyway, originally I had written something like, "Then I remembered: the divorce. The move to Stonemill, to this ramshackle old house left to mom by her hermit uncle that had died. And Mosby- Mosby was gone."

Well, I went back over that paragraph- I knew when I'd written it that it wasn't as tight as I wanted it to be- and I immediately noticed the stowaways: everything before "Mosby..." I knew that cutting that out would get to the heart of the matter- but wait! That's important info for the reader to have! They need context! What if they didn't know? Well, another important thing I've learned is that sometimes it's good for the reader to not know everything right away. All they really needed to know was that Mosby was gone, and that it is heartbreaking for my main character, and as I glanced over the rest of my first chapter, I realized that most of the rest of that information was either not essential enough to know right away (and could come out later) or could be inferred from other details.


2. One of those other details I added in to emphasize the fact that they had literally JUST moved into this house was the sentence, "I grabbed my phone from off the moving box that was serving as a nightstand next to my bed."

Can you catch the stowaway?

Here's a hint: Do people typically have nightstands- or items serving as nightstands- anywhere other than next to their beds?


3. Was, was, was. What is my obsession with this word? A word of caution: if you're seeing the word "was" popping up a lot in your work, you have fallen victim to the passive voice.* This is like punching a hole in your ship, because every "was" is sucking the life out of your story and dragging it down to the fathomless deep!

Here's an example I found: "the grass was waving"

Why? Why not, "the grass waved" or, "the waving grass [insert something it did here]."

Anytime you can give the noun in your sentence something to actively DO rather than just experience, it literally- well, maybe not literally, but literaturely (yes I just made that up)- brings it to life.

"The paint was peeling off the house in long strips."

"The paint peeled off the house in long strips."

"The long strips of peeling paint littered the grass in front of the house like confetti."

Use the find function in your word processing program and plug all those "was" leaks!


4. Finally, here's an easy, hopefully no-brainer one for you:

"I ambled slowly down the driveway."

Seriously, Kasey, have you ever seen anyone amble quickly down a driveway??

But this actually brings up two points: first, obviously don't use an adverb on a verb that already implies what the adverb says. People can't amble quickly, sprint slowly, or scream softly. Just sayin'.

Next, if you're saying things like, "I walked slowly," then zero in on that adverb and look at the verb preceding it. Chances are you included the adverb because the verb wasn't strong enough to speak for itself. Don't give verbs adverb babysitters! Make them grow up! Give them responsibility! If your character walked slowly, then think of a verb for walked slowly: "ambled," "strolled," "dragged my feet," etc. Just axe the adverbs already! Toss the scurvy scallywags to the fishes! Yo-ho-ho and a bottle o' rum!

So take a look at your writing and smoke out the stowaways, the stuff that isn't pulling its weight in your story:

1. Unnecessary details that can be left as mysteries for the reader or are inferred by other details (readers like this- it makes them feel smart).
2. Prepositions and other useless descriptors that are already implied.
3. Passive voice (WAS).
4. Babysitting adverbs.

Then give 'em the ol' heave-ho! Hang 'em by the yardarms!

Okay, I'm done with the pirate ship analogy now, me hearties (seriously, that was the last one, promise).

*Yes, I know I wrote that sentence in the passive voice. Did I mention I also learned about dramatic irony? ;-)