After a long break from Saturday Stories we're back and I couldn't be more excited! 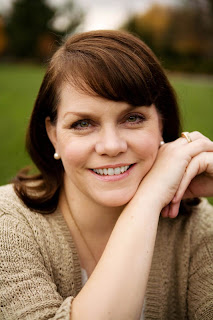 Q--Tell us a little about yourself. Whatever you want people to know.
I love my parents and family, my husband, kids, and my friends. My oldest, who is 21, suffers from a variety of disabilities so taking care of him has been a huge chunk of my life and what I am about. I refer to him as The Big Guy in my blog and the sidebar has quite a few links to posts I have written about him. I am lucky enough to have another son and a daughter who make all of my mommy dreams come true. The Big Guy brings to pass the undreamed ones, the ones you don't think of or even know you want when you are young and just starting out in life. I am grateful for all the things I have learned through the experiences I have had, grateful for how it has made me grow, made me see and made me better.
Q--Would you please give us a brief glimpse of your road to publication? Maybe include how long it took you to get to the point where you were ready to submit and how many rejections/requests you received.
I started writing when I was very young but didn't write my first actual book until I was 26. I have quite a few older sisters who were interested in regency romance, mostly the works of Georgette Heyer (they enjoyed Austen, too, but she was not a regency romance author, she was a contemporary fiction writer) but one of them got me started on fantasy and I read and wrote nothing but that until I finally caved and read a regency when I was 25. From then on, that's what I wanted to write. Regency romance is unlike any other romance genre and I loved everything about it, especially the country of England as a backdrop as well as Regency England "who" appears in the stories almost as a character. I then took a course in writing romance and wrote Miss Delacourt Speaks Her Mind, one chapter a week, as homework assignments. When it was done, I submitted it to one of the two publishers that was still publishing regencies (there had been six when I first started writing them) and a year later, I received my rejection. By then, the other publisher had stopped publishing them, as well, so I put it in a box and forgot about it.
Fourteen years later, a friend who also writes regencies, convinced me to submit my manuscript to a company that publishes clean historical romances. Intrigued that such a thing as clean historical romance (the term "historical romance" implies smut from the get-go), I checked into it. After toning down the regency-ness of my book for your typical clean historical romance fan (who coudl these be? I wondered), most of whom would not have a clue as to what a beaver is (a man's hat) or a reticule (a purse) or why Prinny (the Regent of England, hence, the regency) creaked when he walked (corset). I left in as much regency flavor as I dared for all of the regency romance fans out there who were going without their fix (since they pretty much had died on the vine). I then submitted it. I got "the call" nine months later but I did have to rewrite the last fourth of the book, so I didn't get off THAT easy. To me, this is an excellent arguement for knowing your market. I was lucky to have a friend who did all the foot work for me on that.
Q--Would you please tell us about your books! Give us a brief bio about them and I'll be sure to post a link to the Amazon page for each of them.
I have two books in print, Miss Delacourt Speaks Her Mind and the sequel, Miss Delacourt Has Her Day. 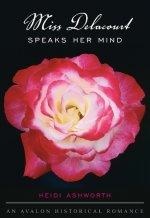 MD1 is Ginny, a plain spoken girl in a world rife with social dos and don’ts (speaking your mind being firmly on the don't list) and a young man who is overly concerned with not straying off the path of the social dos and don’ts (sparks fly immediately!). Anthony's grandmother and Ginny's great aunt (in this case, the same woman) loves them both dearly and knows they are born for each other. She concocts a plan to throw them together and they are off on a series of misadventures and romantic interludes. As I said, the book was written for a class and wasn't orignially intended for publication so it is a bit of a caricature of your typical regency romance, an homage to the genre, if you will. 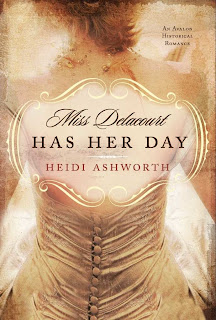 
Thanks for the interview, Heidi!
If you're interested in purchasing either of Heidi's books, here's a link....
Posted by LisaAnn