An Outline is an Epidural for Writers 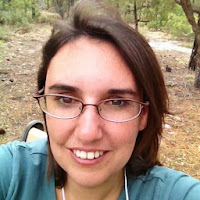 When I was pregnant with my first child, I was sure childbirth would be a simple thing. I just knew people were over exaggerating how hard it was. I went into the birth with an open mind to epidurals or medications, but I was sure I wouldn't need them. After all, I'm a pretty strong person, right? Well, needless to say when the contractions started my eyes were opened to just how difficult it was going to be. I had regular, hard contractions for 36 hours. When I was finally admitted into the hospital to have the baby, I'd been without sleep for two nights and I was tired and I hurt. I even told my husband that I changed my mind. I didn't want to give birth to our children, I wanted to adopt. There was such a horrified look on his face at that point. When the nurse asked if I would like an epidural, my husband was nodding yes along with me. I did ask that they make mine double. I think she listened because once the epidural kicked in, labor became a whole different thing entirely. I was able to relax and enjoy the process. I asked the nurses all kinds of questions, I was able to be excited about pushing and other parts of the process. I was able to pay attention to all the details. The things I didn't notice before because I could only focus on the pain. At one point, I remember hearing a woman in another room screaming like crazy. I turned to the nurse and pointing to my epidural, saying, "You gotta get her one of these!"

Now how does this story relate to writing? When I first heard about Nanowrimo, I was sure it would be a simple thing. I just knew people were over exaggerating how hard it was. Well every year I attempted Nanowrimo, I heard people talk about outlines and how wonderful they are. But me? I'm a devoted pantser (I fly by the seat of my pants when writing). After all, I'm a strong writer and I can do it without the help of a stinking outline. And I did! I actually won Nano a few years ago by pantsing my way through it. But to say it was difficult is an understatement. The hardest part was the idea of all the rewrites it was going to take (I was on my fourth or fifth rewrite when I put the whole thing on hold.) It was difficult for me to ask myself if maybe I was a little hasty dismissing the whole outline thing. After all, I do try to keep an open mind. So I decided to give outlining a try. I spent the two months before Nano this year, shaping and sculpting a magnificent outline. I tried several different methods and found that a combination of three types is what works for me. Now as I begin Nano I find that I am enjoying the process so much more. I'm not discovering the plot as I go, I'm enjoying it instead. I get to pay attention to all the details because I no longer have the labor pains of pushing out a plot. What a magnificent experience! And when I hear a fellow Nanoer scream out in frustration and pain, I have to restrain myself from holding up my outline and saying, "You gotta get one of these!"

Now I know epidurals aren't for everyone and outlines may not be either, but it never hurts to keep an open mind. ;0)

Here are some methods on outlining that helped me: