The Intersection Between Failure and Time

Most of what I have been taught about overcoming the fear of failure has been somewhere along the lines of accepting and embracing failure as a necessary part of the process.  If you can train yourself to understand this and think this way, you are definitely going to feel more free to try out new and difficult things. But for some people failure is just too scary and this doesn't work.

So what if instead we did the opposite! This probably sounds like a bad idea, but just hear me out for a second and then decide whether it might work for you. 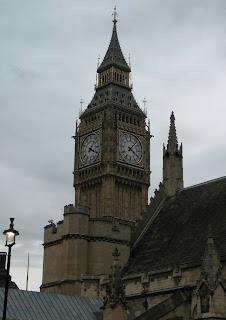 : to not succeed
: to end without success
: to not do

Although it is not directly stated, all of these definitions have some dependence upon time, or at least the limiting of time. It is difficult to ever declare failure if there is not a stopping point in which to declare it.  Pondering this, I am led to believe that fear of failure must have a great deal to do with the way we see time.

So maybe instead of being compelled to embrace failure, we just pull the rug out from underneath it and take away the aspect of time. Instead of managing our fears, what we really need to manage is the way we see time. When you get to the road labeled Failure, look closely. It is not a T-section. It is an off ramp. Just keep going on the road you’re on. All you need is time.
Posted by Lacey